Start a Wiki
Miles Prower (マイルス・パウアー Mairusu Pauā?), also known as Tails (テイルス Teirusu?) or Classic Tails (クラシックテイルス Kurashikku Teirusu?), is a character that appears in the Sonic the Hedgehog series. He is an anthropomorphic fox cub who is Miles "Tails" Prower's counterpart from another dimension set in the recent past and Classic Sonic's sidekick.

Basically a past version of his mainstream counterpart from his younger days, Tails first appeared during the Time Eater incident where he helped his counterpart and allies foil one of Dr. Eggman's plots before returning to his own universe. Since then, he has continued his adventures alongside Sonic and his other friends.

Tails is a young, anthropomorphic fox cub with a unique mutation of two tails instead of one. He has mostly yellow-orange fur with white fur around his muzzle, front torso, and the tips of his tails. He also has black eyes. His attire consists simply of white gloves and red shoes with white toes. His shoes also have white, sock-like cuffs with light blue belt straps just above the ankles.

Tails has many things in common with Modern Tails. A talented, sweet-natured and loyal fox with a positive attitude and a gentle soul, Tails loves to work with machines, and his inventions have helped Sonic many times. Despite his great skills however, Tails is very humble about his abilities, never giving them many thoughts.

In the beginning, Tails was timid, quiet, and would often lack self-confidence and courage. However, he began to grow more confident in himself after seeing Sonic run like the wind. Tails in particular looks up to Sonic and has been with him ever since they first met. Tails is also very supportive of his friends, willing to be by their side no matter how dangerous the situation might be, and will do whatever he can to help them.

Despite his intelligence, Tails has trouble keeping track of confusing matters, presumably as a result of his young age; during the Time Eater incident, he would have a tough time keeping in mind that he had to refer to Modern Sonic and Classic Sonic in plural, and that his future counterparts friends were not his friends (yet). 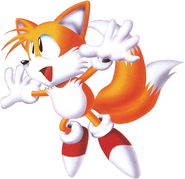 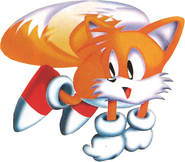 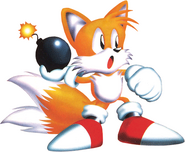 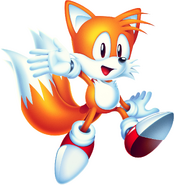 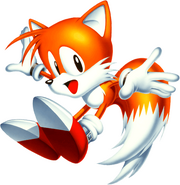 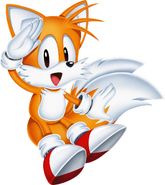 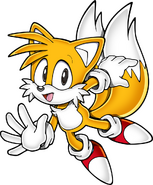 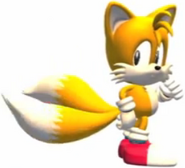 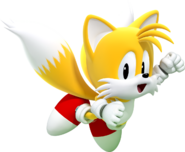 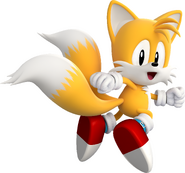 Retrieved from "https://miles-tails-prower.fandom.com/wiki/Miles_%22Tails%22_Prower_(Classic)?oldid=991"
Community content is available under CC-BY-SA unless otherwise noted.